Anfilogino Guarisi became the first Brazilian-born player to win the World Cup. The son of an Italian mother became a naturalized Italian citizen when he transfered to Lazio and went to the World Cup 1934 with Italy. 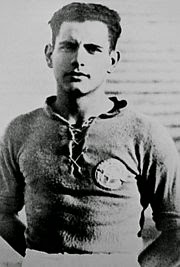 Zidane and Henry played 63 times together for France, but Zidane only assisted Henry once in an interantional goal. The goal came during the WC match against Brazil in 2006. The match was their 61st time together in a French jersey. 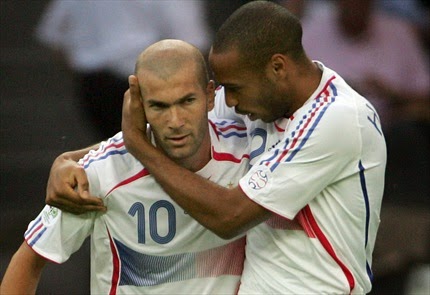 The group match between Argentina and Chile at the inaugural World Cup in 1930 was believed to be the first ever recorded mass brawl in international football. Both teams were leveled on point after two matches, and the winner advanced to the semi-final. The brawl began after a foul by Luis Monti on Chile's Arturo Torres. Chile, not only eventually lost the match, was banned from international football for 5 years.

When Niceto Zamora became the Prime Minister of Second Spanish Republic, Stalin was alleged to have said: "Ah, that goalkeeper(Ricardo Zamora)". I doubt this story because Stalin was not a football fan.
Posted by Soccer, football or whatever at 7:57:00 PM